How to avoid paying 60% tax

If you studied the gov.uk website you wouldn’t find mention of a 60% tax rate. The top rate is 45% and it’s reserved for those earning over £150k – The 1%. The political debate seems to centre around this 45% top rate and these ‘fat cats’ needing to pay their fair share. But there’s barely a mention of the secret 60% tax rate. Do our MPs even know that it exists?

Well, it very much does exist and has done for well over a decade!

If your annual income touches the £100k to £125k range then you are paying more tax than you are given credit for, probably more than you even realise and it’s all thanks to some terrible Downing Street spreadsheeting – because surely it’s not deliberate….. 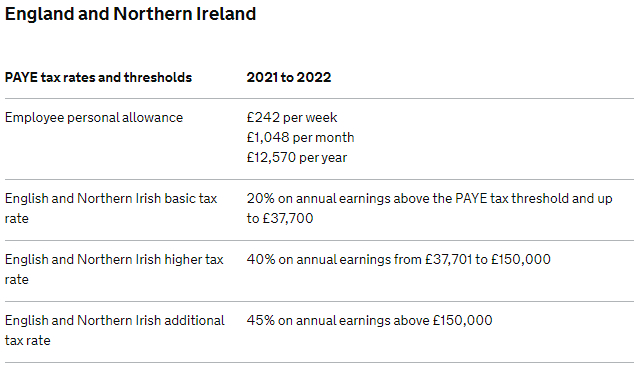 Should we call that a stealth tax? Yes. Yes, I think we should.

My attitude to tax is this – Pay your taxes. Try to increase the amount of taxes you pay by creating more income. Pay every last penny that you’re supposed to pay. Nothing shady.

But do not tip The Treasury.

As regulated accountants, we don’t facilitate anything that is dodgy. More than that though, if we become aware of something dodgy taking place with a client then we have to report it our risk criminal sanction ourselves. So, we don’t talk about tax avoidance. Tax is a good thing. But nor do we tip The Treasury and a 60% stealth tax is an overly generous tip.

What can you do?

Congratulations – you are a whisker away from completing step 1 and that is to understand that there is a problem to solve. And here are some ideas to get you going on the next steps.

Could you have a Tesla instead? Maybe instead of paying £800 a month out of your take-home pay for that regret of a Range Rover Sport, you could get your employer to provide a high-end EV for roughly half the impact on your finances. There are some juicy tax incentives for you and your employer on EVs currently.

Pensions continue to look good. Ok, so you can’t get to the money until you’re 55 but you can have your employer put that top £25k of your income straight into your pension, tax-free.
So rather than £10k take-home pay being put into an ISA, you’re putting the whole £25k directly into a similar investment (talk to an IFA, as we’re not authorised/regulated to give investment advice).

Charidee contributions with Gift Aid have the slightly odd effect of pushing the £100k threshold higher. You may consider increasing your giving, but at least get the tax relief for what you have already given anyway.

If you’re an employee who has a variable element to your pay, such as bonuses or commissions, be alive to the fact that these could tip you into the 60% band too. Just having a different name to ‘salary’ isn’t enough for a different tax treatment. The thing you need to bear in mind is that you might have less time to prepare than someone on a fixed salary. Maybe you have a stonking Q4 and your bonus comes through in February to put you on £125k for the year – that’s precious little time to work all this through and get back out of the 60% band.

And finally, Owner / Directors of a Ltd company have even more options open to them and that is where you might want to look at our 2nd Opinion On Tax offer to ensure that your existing accountant is as proactive as their website suggests. We’ll identify tax-saving opportunities of 3x the cost of the review or it’s free!